Following the successes earlier this year at Ronnie Scott’s and at The 606 Club, Mike returns with his band of (very gifted) friends: Phil Gould (Drums), Yolanda Charles (Bass) and Alex Hutchings (Guitars). He will be playing 2 London dates, at Ronnie Scott’s on Sunday October 13th, and at The Pheasantry on Thursday October 17th.  The third date is at The Music Room, Maidstone, on Friday October 18th. 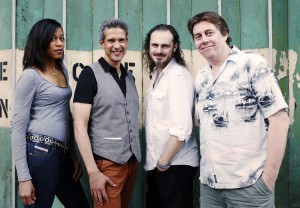 He will be playing a mixture of solo material (from his One The One EP and Changes CD), some funky covers, and new material, including “Hiroshima“, fresh from its successful debut last month. Says Mike “I’ve been enjoying busy year so far (see below), so it’s great to be playing with Phil again, and Yolanda and Alex are such superb musicians, with them the show becomes a real occasion.” 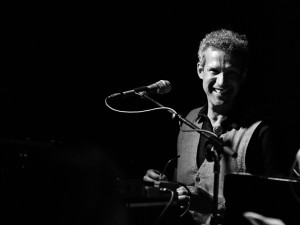 This year Mike has been playing Festivals with Level 42, making regular appearances in town on Thriller Live and Let It Be. Coming up are Level 42’s Victorious Festival in Portsmouth next week, playing with Dominic Miller in Italy, and then again with Level 42’s two shows at London’s IndigO2 in September, followed by a Thriller Live Tour.